Over the duration of my career I have heard a number of sensationalist predictions about the future of recruitment that have yet to be borne out by reality.
In no particular order:

In my experience I have found the majority of soothsayers who make these sweeping proclamations, normally have a vested interest in seeing them come true. So the next couple of posts are going to deal with why these predictions didn’t come to fruition and why, I believe, they are never ever likely too.

Recruitment is a people business, based on networks, communities and content. Media may come and go, technology may make the process easier, more cost effective and transparent; but this basic principle will remain a constant. The path digital media has taken during its short history has generally been to make processes more efficient and measurable; it hasn’t changed the basic desires or needs of the people who use it.

As with every industry, the advent of the internet has had a serious impact; return on investment is now transparent and competition is fierce. However, I would argue that, unlike the music, film and newspaper industries, this has only had a positive impact. Of course there have been a number of casualties along the way, but I believe this was because poor services were opened up to scrutiny that wasn’t available prior to the digital age.

I always think its best when making any judgement to do so on the basis of personal experiences so, in this spirit, let’s look at a some from my past and debunk a few of these predictions.

We’ll start with two, which I believe are closely interlinked (social media and recruitment consultancies):

The End of the Recruitment Consultancy!

This prediction never stood up to much scrutiny.

Though the internet definitely saw the demise of a lot of bad recruitment companies, it is an industry based on the personal networks and skills of individuals, which just can’t be replicated digitally.
Years ago, during my time in the world of consultancy, I worked with a chap who studied his particular vertical market obsessively in the industry press. After an article was published highlighting the immense success of a CEO at a blue chip company, my colleague picked up the phone and called him to establish whether, for the ‘right package’ he might be tempted to look at the same role with his client. Knowing his client was going through difficulties, was about to lose their Chief Exec and in desperate need of talent at the helm, he made it clear to the CEO in question that his approach hadn’t yet been sanctioned. Nonetheless, he expressed enough interest in a move, for my colleague to go back and propose the idea and six months later his client had the new CEO they had been dreaming of.

It should be needless to point out that nothing the internet can offer will be able to replace the type of service outlined above. The other important point to make is, about the nature of consultancy generally, as made apparent so publicly by George Entwhistle’s appointment as Director General to the BBC; that they are very often about deferring responsibility. Making a hiring decision is incredibly important, and judgement is always called into question when errors are made. Engaging Egon Zehnder probably saved several careers at the BBC – a bargain at the cost of only £290,000!

Of course, both of the above examples refer to the higher end of recruitment but, the same applies to all consultancies in varying degrees.

This simply hasn’t happened, if anything, it has entrenched and consolidated the industries position even further.

To explain why this is the case, it’s important to make a distinction between the different types of social media because, most isn’t really ‘social’ at all:

Actually, I believe it’s only the first and the latter that are relevant. Facebook is the only truly Social media of the three. Anybody who has an FB friend who is constantly pitching business interests over their time line will understand what I mean when I say; no one’s interested! It’s just irritating.

When you are relaxing with friends over a pint at the pub, the last thing you want is one of them to be selling something to you. This is why I believe that Facebook has struggled with advertisers and why I can’t see their latest job board being a game changing success.

Twitter has definitely played its part; I use it regularly to promote my blogs, our content and our services. The very reason I joined the service in the first place was because I had heard it was a good medium to drive traffic to websites and establish new business contacts.

Most recruiters do this well and most employers now have accounts set up specifically for careers purposes. Rather this being a damaging development, it has put internal recruiters and consultants in the same space and provided both with a useful source of candidate traffic. The key thing to avoid with Twitter is, simply posting advert after advert. To make it work on your behalf it’s necessary to go out of your way to engage your audience – and that means not always being directly promotional with your tweets!

LinkedIn has had a colossal impact which has been overwhelmingly to the advantage of recruiters. I remember headhunting in the days before linkedIn and, for those of you who never had the privilege of doing this without the benefit of social media, it was a terrifying experience, fraught with danger! With the advent of LinkedIn it’s now not only expected but commonplace and without risk.

Let’s face it – being approached with career opportunities is the main reason that most people are on LinkedIn.

However, LinkedIn hasn’t changed anything in the way that recruiters operate! What was a rolodex on a desk is now carefully organised into online contacts, what was a nerve racking cold call to a potential candidate or client is now often an in-mail or direct message. The long process of interviews, writing out candidate cards and collecting CV’s, has been made so efficient and simple many of the old guard just don’t recognise it anymore. Yes, it still takes time and effort to build a network and a good reputation but, all of your potential talent and clients are now packaged up, in a single, easy to use, non-threatening medium.

It’s also worth mentioning that LinkedIn has empowered many consultants and led to an increase in the size of the industry. Being able to walk from any company with your own database of contacts just wasn’t an option in the mid 1990’s!

The most successful social media taps into basic human psychology and, my point is, that people did all of the same things, for the same reasons, long before social media was around. It’s just made doing those things a lot easier and a lot less hassle!

That’s it for today. Tomorrow I’ll look at something a little closer to home for me.

The End of the Job Board!!!

UPDATE: Just found this nice little piece which added a dimension to my comments on Facebook. I have seen successful campaigns run by Boots along similar lines: http://blog.inhouserecruitmentgroup.com/2013/02/25/social-media-and-recruitment/ 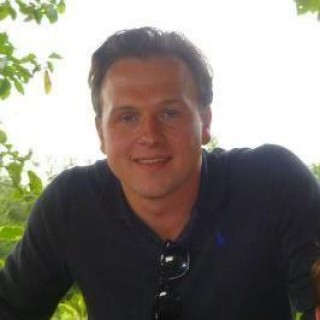